Charleston SC Real Estate Affordability Out of Reach For Most 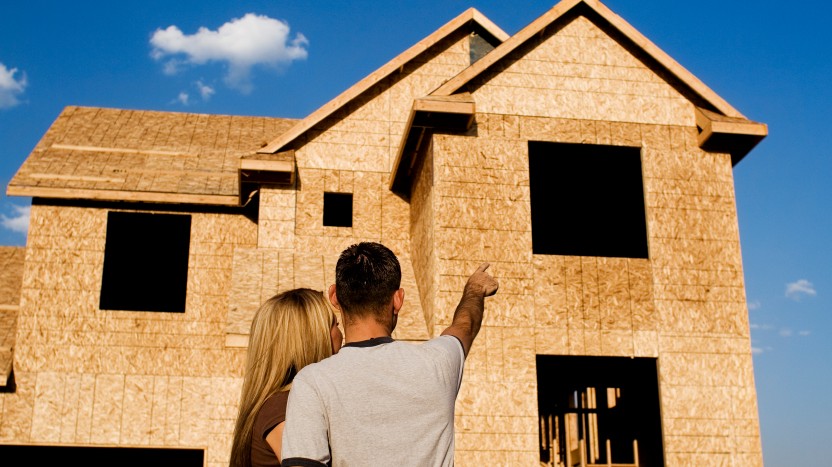 As a real estate broker in Charleston SC it is my job to track real estate sales trends so I can fully understand what the market is doing and thus educate my clients to make an informed decision about their transactions. Knowing how the market and economic conditions effect property sales is a key factor to being a great agent, and more importantly how affordable homes are to the prospective buyers. After the real estate crash that started in 2008 which led to “The Great Recession”, things just haven’t been the same. Sure the economy has rebounded considerably against what it was, jobs have come back somewhat, and real estate prices have improved but that’s all on the surface. Real estate sales is the largest indicator in America as to the health of the economy.

According to Realtor.org: In spite of higher prices, housing affordability is down only slightly from a year ago as lower mortgage rates and higher incomes almost offset higher home prices.

However what you might not hear a lot about is the “affordability index”. The Housing Affordability Index measures whether or not a typical family earns enough income to qualify for a mortgage loan on a typical home at the national and regional levels based on the most recent price and income data. The metropolitan index shows the existing single-family home affordability index over the past three years, by metropolitan area (in my instance Charleston SC). Median price of Existing Single-Family Home Sales: comes from the existing home sales monthly survey conducted by the National Association of Realtors®. To interpret the indices, a value of 100 means that a family with the median income has exactly enough income to qualify for a mortgage on a median-priced home. An index above 100 signifies that family earning the median income has more than enough income to qualify for a mortgage loan on a median-priced home, assuming a 20 percent down payment. For example, a composite HAI of 120.0 means a family earning the median family income has 120% of the income necessary to qualify for a conventional loan covering 80 percent of a median-priced existing single-family home. An increase in the HAI, then, shows that this family is more able to afford the median priced home. Blah Blah Blah – I know all this probably sounds like mumbo jumbo to most people.

The simplest way to understand this is the average income in your area (defined by gathered data by expert analysts) of a family / divided by average (median) price of a house in any given area. (Assuming 20% down on a purchase)

According to 2010 US Census Bureau data Charleston’s median family income is $61,525 which is higher than the United States average. Median home price for a single family house in the Charleston SC tri-county area is just over $251,000.

So where am I going with all this you ask?  My real estate websites rank among some of the best in the entire state of S.C. for real estate searches and I track the analytical data. What I have seen is there is A LOT, and I mean A LOT of interest in living here in the Charleston area. However, most can’t afford to live here. I see thousands of people per week search homes in the area, I talk to a few prospects a week and come to realize living here is out of the grasp for most. Especially for those who dream of being anywhere “near” water or the beach. Fortune magazine just wrote an article and said Trulia Housing Economist Ralph McLaughlin ranked Charleston SC #2 for best most interesting housing markets in the country. The beginning of the article notes the “first” top ten which include larger metropolitan cities like San Diego, Charlotte NC, and New Orleans, but then goes on to explain how Charleston SC and Grand Rapids Michigan end up also making the list: “This underscores the growing problem of affordability in many cities where jobs are plentiful. At a certain point the affordability problem grows so bad that people are forced to leave the cities with the best job prospects and move to a place where they can afford to buy a home”.

He is referencing most can’t afford to live in cities like San Diego, so they choose cities like Charleston SC instead, but it’s my contention that most can’t afford here either, and I have proof because I see it all the time. The most viewed pages on my sites are regularly homes under $100,000, and the next most view pages is homes $200k – $300k. It’s not like we don’t have homes here in that price range, but what you’ll get for your money is not what people want to live in. In a recent article by The Post & Courier about this topic they reference a retail store on King St that struggled to find employees to work there simply because of parking costs. There are even instances where restaurants downtown are being forced to close because they can’t find servers to work, because what’s called “work force” staff can’t afford to live downtown. This is becoming a huge issue throughout downtown and Mount Pleasant, “work force” employees can’t find affordable housing on the income they make so many businesses struggle finding employees. Businesses known for hiring low-skill workers like retail, restaurants, cleaning & maintenance, etc have to come in from over 40 mins to hour drive to work one way. Developers aren’t helping themselves, because as more and more hotels are built to cash in on the popularity of Charleston’s tourism prosperity this uses up available “dirt” real estate that could otherwise be developed for housing. Thus, driving up the cost of long term housing such as apartments, condos, housing developments.

Then you’ll have those who think they want a second home, and thus I get thousands of visitors looking at homes on Kiawah Island, because they have done a week visit to the famed golf resort, but they too fall off. In my opinion it’s because they too realize it’s out of the affordability range for even those who can afford a vacation home. Small one bedroom condos on the beach communities go from $250k – $350+ for beachfront.

Based on per capita income Mount Pleasant SC is #1 the most expensive in the state. The average cost for a “bedroom” in Mt Pleasant is almost $700, whereas in Columbia SC you can rent an entire 2 or 3 bedroom apartment for $700.

In short, Charleston SC isn’t as affordable as one might think because they lump us into the misconceived perception of “South Carolina”, when in fact Charleston is far from being like anywhere in the state.